the sudden upthrust of warm，moist air into the terrible cold of the frozen heights is what creates thunder.the sudden stronger rubbing together or two unlike forces（very warm air against very cold air）develops a kind of electricity called“static electricity”.its charges produce lightning and thunder.（71） thus the violence of the thunderstorm is an almost direct result of millions of warm water drops being thrown into compatable masses of ice crystals-hitting them，rolling over them，melting them，or being frozen by them into snow or hail.
exactly how the electric charge is developed by the many and complex forces of this battle of heat and cold is still a matter of opinion.some scientists think the action of wind against the rain is the principal factor.（72） these scientists believe the wind tears off the outer surface of each falling drops，like pulling a sweater over a child s head，making a fine nagative charge while leaving the main part of the raindrop positive. other scientists believe that the friction of snow crystals breaking in the wind sets up the electrical charge.in reality it may well be all these factors-and more-that combine to do the work.

（73） in any case，huge masses of electrically?charged raindrops and hailstones BECome sorted into positive and negative reserves of electrical energy at different parts of the thundercloud，creating between them fields of very great extremes. when the resistance between these fields breaks down，the energy that is suddenly discharged is lightning.
i do not know of any case of lightning directly causing an airplane accident，cattle and sheep are more likely to be struck by lightning than are airplanes or houses.there is a recorded case that occurred on a mountainside in the western part of the united states in which one bolt of lightning killed 835 sheep.（74） evidently the hard，dry earth offered more resistance to the lightning than the route of traveling from the ground，up one leg of an animal，through its moist body，and down another leg.

? person s chances of being killed by a thunderstorm are not very great.in the united states an average of one person in 265000 dies as a result of a thunderstorm.today s houses，ships，airplanes，and electric power lines are well protected against lightning，and the risk is decreasing.even a man whose work exposes him almost daily to lightning can do something about it.（75） despite the saying that one never knows if lightning strikes him，a person can sometimes feel the bolt coming and，if quick enough，take protective action in time. / 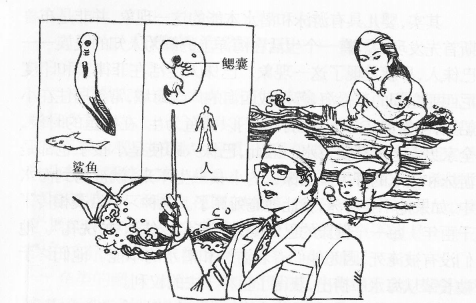